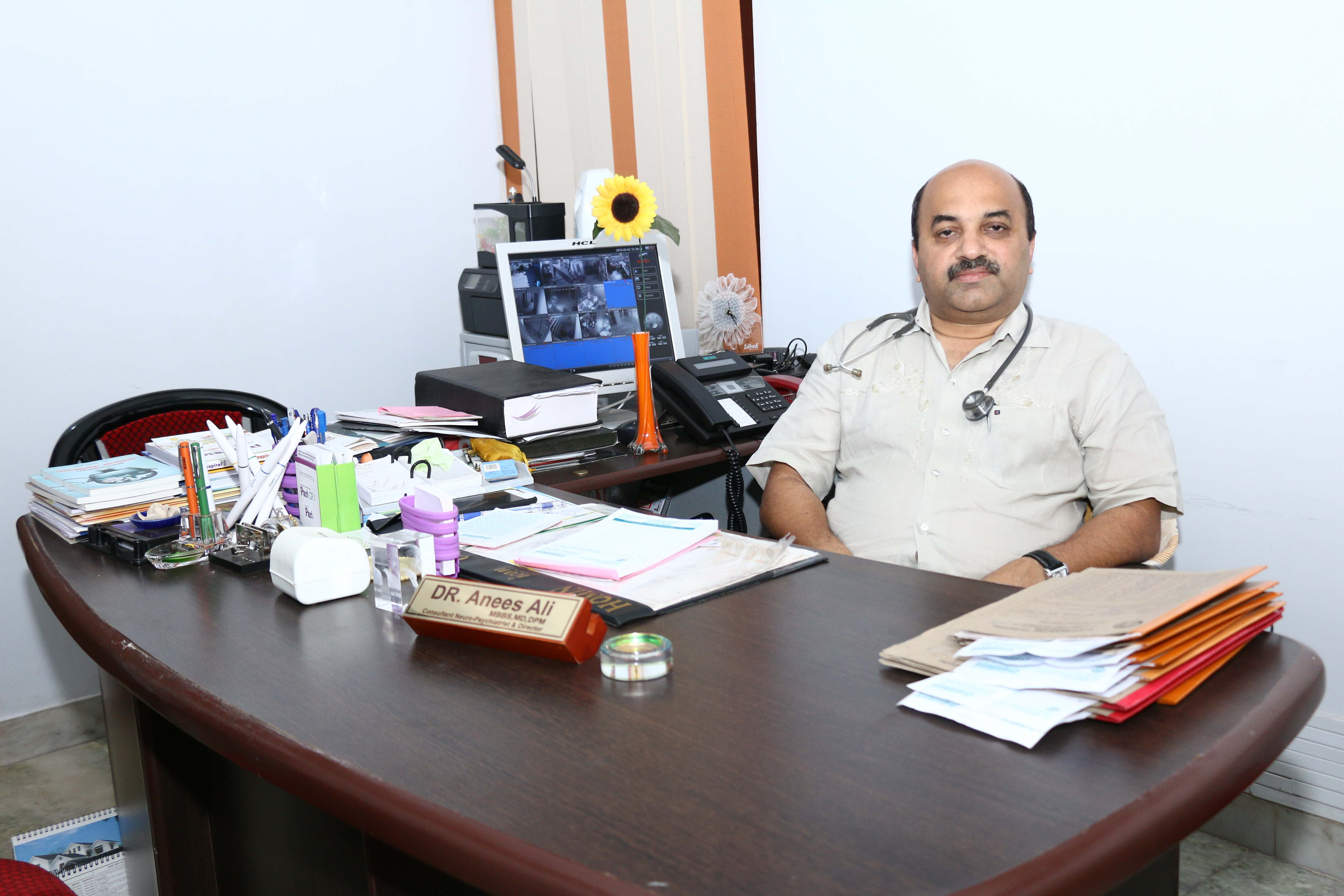 Dr. Anees Ali is a Psychiatrist based in Kerala, who has been in the medical profession for about a decade, since 2005. He is Director at the Manassanthi Hospital, located in Malappuram. Dr. Anees Ali has represented Kerala in several international conferences both within India as well as overseas. He has served as President of the Indian Medical Association, Feroke unit. Dr. Ali has frequently lectured on his area of expertise at various levels. He also participates in interactive radio and TV programmes on psychology and related topics, broadcast on stations such as Asianet Radio, Radio Asia and NTV, broadcast to GCC countries in the Arabian Gulf. Besides these activities, Dr. Anees Ali has authored a regional-language book on psychiatric treatment.

Manassanthi was found in February 2006 at Nallalam, On an average, about 100 patients are treated daily at the institution (O.P.) and those requiring a prolonged stay are retained at the hospital. The cost of treatment is among the cheapest in the industry, while the services offered match the best in the Corporate sector.